The Riverside Transit Agency (RTA) adjusted a number of bus routes and schedules to improve efficiencies and enhance connections which took effect on January 8, 2023. The new Route 56 is now up and running connecting the Hunter Park Metrolink Station to UCR. The route operates from approximately 6am to 7pm and includes new stops at Aberdeen Drive traveling on Campus Drive around to Martin Luther King Blvd. To view the new route map and schedule, visit RiversideTransit.com.

Metrolink users traveling the Perris Valley Line can now catch the bus at the station which will take them directly to campus. Commuters can also take advantage of the free Park & Ride Lot at the Hunter Park Station and hop on board the bus to UCR.

If you have not already registered for your free RTA bus pass be sure to do so to take advantage of the new campus route. 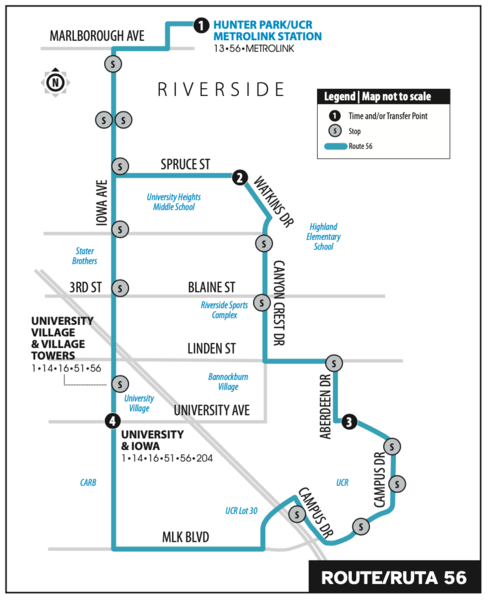